Posted on: January 20, 2020
Written by bronaghdaly

Conforming to a standard; usual, typical, or expected.

In our most difficult months, weeks, days, hours, I would sometimes think about how things might’ve been different for Oz and I. If we had been dealt a different deck of cards, if things were easier for my big feelings boy, where we might be now.

It’s pointless, because we are where we are—it wasn’t meant to be, our journey wasn’t meant to be as smooth as I had once expected it would be. And I am 100% happy about it. I wouldn’t change our journey, everything we have learned, everything Oz has taught me, for anything. But it doesn’t stop my brain from wondering….wondering what it would’ve been like if he had been what one might consider “normal.”

But as I contemplate the definition of normal and as our hard work pays off, I have realized (with the assistance of a certain brilliant human & the best boy on the planet) that despite the appearance of “normal” that we have achieved, we have something much more important.

The capacity to recover quickly from difficulties; toughness.

We have the ability for life to throw us something for which I’m not sure we’re ready, and work right through it, presenting as if it had never been difficult for us at all. And while we’re not “there” yet, wherever that is, we’re taking stepping stones I never knew we could take. We’re making visible progress.

That isn’t to say that we don’t still have small meltdowns, that things still aren’t difficult for us, but that those meltdowns, those difficulties, can stand alone. They don’t have to bleed into anything that might happen days, hours, or often even minutes later. No longer does someone doing something thoughtless ruin our whole day. We can take each separate event as just that: separate. We can RECOVER. And we can enjoy. We can appreciate those once stressful, unpredictable walks through the streets of Brooklyn. We can take delight in a hike where we unexpectedly run into three ATVs and a dirt bike (and even wag our tail at them). We can continue to smile in a seminar where a dog unexpectedly enters the ring off-leash before we’re done with our turn. We can revel in things I once never thought possible.

And through Oz’s (sometimes just plain amazing) resilience, Oz has taught me to have my own.

We can go out into the world and bask in it together. We can continue to expand our world instead of worrying about what might happen—because there will always be that person who lets their off-leash dog charge you in an NYC park or that driver that tailgates you in a snowstorm—there will always be that person doing something stupid wherever you go. So instead of getting upset, instead of waiting for that person to do that stupid thing, instead of wondering what caused that rare out of the blue meltdown, we take a breath and move on. We don’t let it ruin the rest of our day.

It takes practice, it takes patience, but if Oz can face what used to seem like indomitable triggers with a smile on his face, I can too. Together, we can learn to trust that his resilience is strong, that we won’t know what we can face unless we try.

And one thing I do know: life will never be simple on our journey. (And what’s the fun in simple anyway?) But when we trust the resilience we have built—there’s no telling where the journey might take us.

So take a breath and join us. Trust your resilience and see where it takes you. 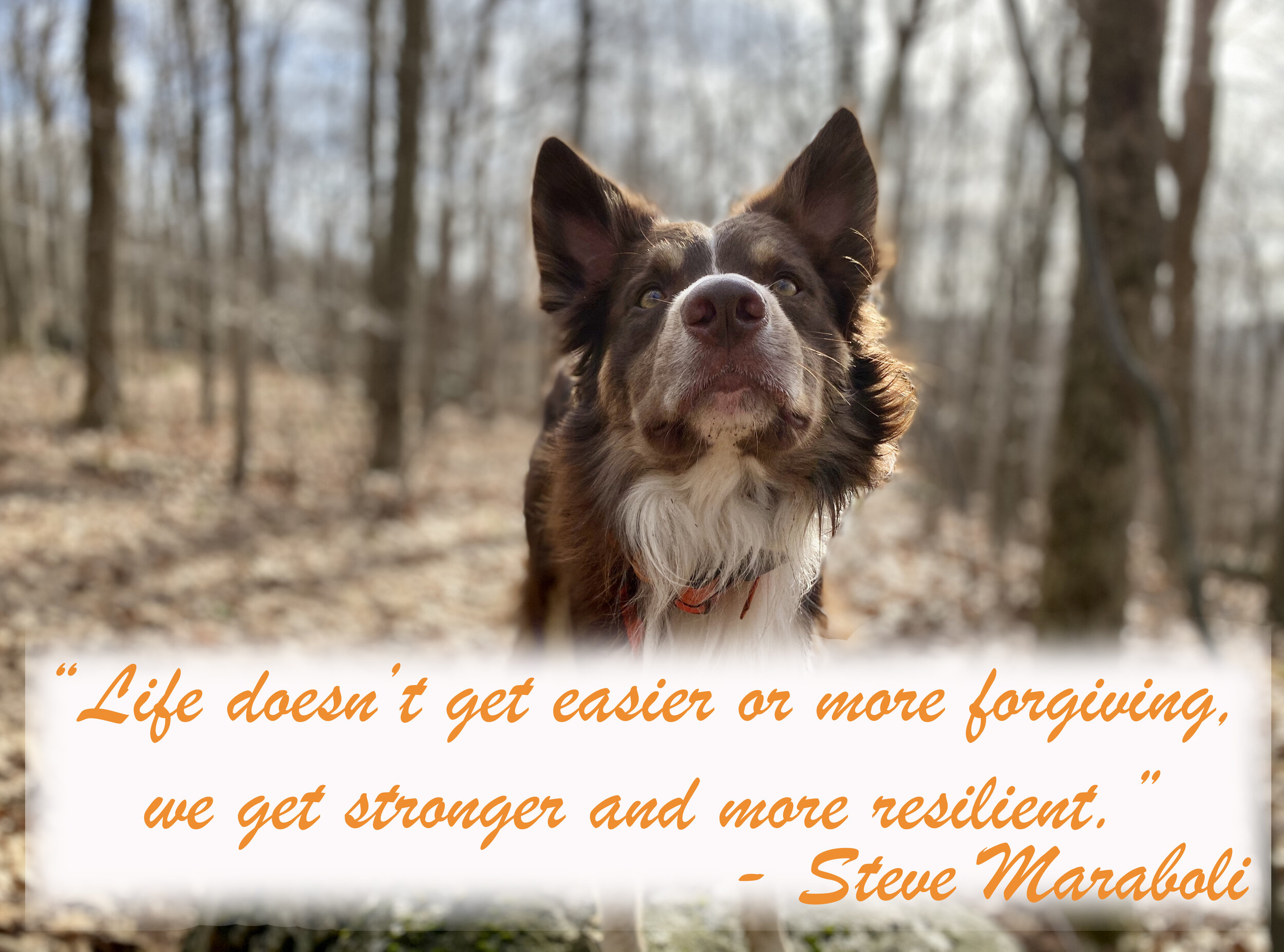