Don’t ignore the sniff, listen to it

Sniffing. Not aways very important to us, but vital to dogs. In fact, “the area of the canine brain that is devoted to analyzing scent is 40 times greater than that of the human.”*

Dogs seek information through sniffing, but they also give it—if you’re willing to listen.

Many of my students that come to my CU Basics class are what people picture as the “classic” representation of reactive. However, I also occasionally get a student whose feelings can be more challenging to discern for the outside observer, who doesn’t lunge or bark its feelings for the world to listen. This session, I have one of those.

In the first class of the session, the young male’s mom and dad confessed that they feel frustrated by their dog’s sniffing. This dog always enters the room on an intense sniffing trail, but is quickly able to settle in, work well in class and follow the exercises beautifully, however, after about 20 minutes, he needs a serious sniff and a break.

The young male’s parents confessed that teacher after teacher had told them that his sniffing meant they were doing something wrong. That they’re just not “interesting” enough for him in class. That the environment takes precedence. That it was their “fault” that all he wanted to do was sniff and investigate the environment instead of take part in the task at hand. They were told to stop his sniffing and ignore what he was trying to tell them. And I don’t mean to knock any trainer that said such. In fact, I used to believe and teach the exact same thing. But it has become clear to me that there can be something deeper to that sniffing. And here, it became very clear to me that the more his parents were told this, and nothing they did worked, the more frustrated they became, so in turn, the more he would feel that and want to sniff, and the more they started to pull his nose off the ground to stop him in exasperation. Everyone’s big feelings hung in the air like the ever-growing giant elephant balloon in the room. No one was able to communicate. No one was having fun.

On Friday, we broke that cycle. As we began our class, I inquired if the young male’s mom would mind if we tried something different. Zero in on what he was trying to tell us. A good sport, she agreed. And we went all in.

We allowed him to gain that environmental information that he had been asking for.

For the first 30 minutes of the class, the young male and his mom walked around the room, just allowing him to lead with his nose and sniff whatever he desired and rewarding him if he checked in as the rest of the class worked on arousal around cones and learning to communicate with their reactive dogs around him. I could see his owner was skeptical as he investigated his environment the way in which he so desperately needed. Yet as the 30 minutes continued, I could physically see him begin to relax. His sniffing became less frantic and he began to check in more.

After this clear sign that he was starting to feel more ‘“okay,” we progressed a bit. For the next 10 minutes, we switched into a smaller station in the room that was set up with a tunnel. Ignoring the tunnel, they continued to walk around the box, just sniffing and checking in. Sniffing and checking it. And as the rest of the dogs worked at their stations, I could see this young male’s posture continue to change. He settled into himself, and in turn, tuned into his mom.

For the last 10 minutes, we gave him one last change: taking off the leash. I could see a bit of frustration came back to his mom as a whole new sniffing session began as they rounded the same station, but his mom trusted the process and stayed with him as he walked the perimeter. The leash had created an environmental change of sorts. And as he took in this “new” environment, we watched him once again settle. He was no longer overly interested in what the other dogs were doing or who had peed on what pillar. He began to check in with his mom more and more. And suddenly, there he was trotting around the ring with his mom, voluntarily walking beside her and eating comfortably. He was truly consenting to work. And his mom could feel it. I could see both of their bodies relax, as his mom grinned ear to ear.

We ended by playing a few CU games with the tunnel before taking a break and he stayed happy and engaged the entire time. The. Entire. Time.

(3) They were finally able to communicate.

To just listen to each other, listen to what he needed to give her what she needed. And it felt great.

His intense sniffing hadn’t been a “blow-off,” he wasn’t telling them they weren’t interesting enough for him, he wasn’t bored. He had been telling his parents that despite his lack of more in-your-face reactive displays, his big feelings about his environment were very much there. He was telling them quietly, despite his more “happy-go-lucky” look, he was not ready to work, not comfortable enough to work. He needed to get information from the room around him, he needed to feel settled, he needed to feel grounded first. And their relationship flourished as they let him do what he needed, let him tell them when he was “okay.”

They didn’t correct the sniff, they didn’t ignore it—they listened to it. 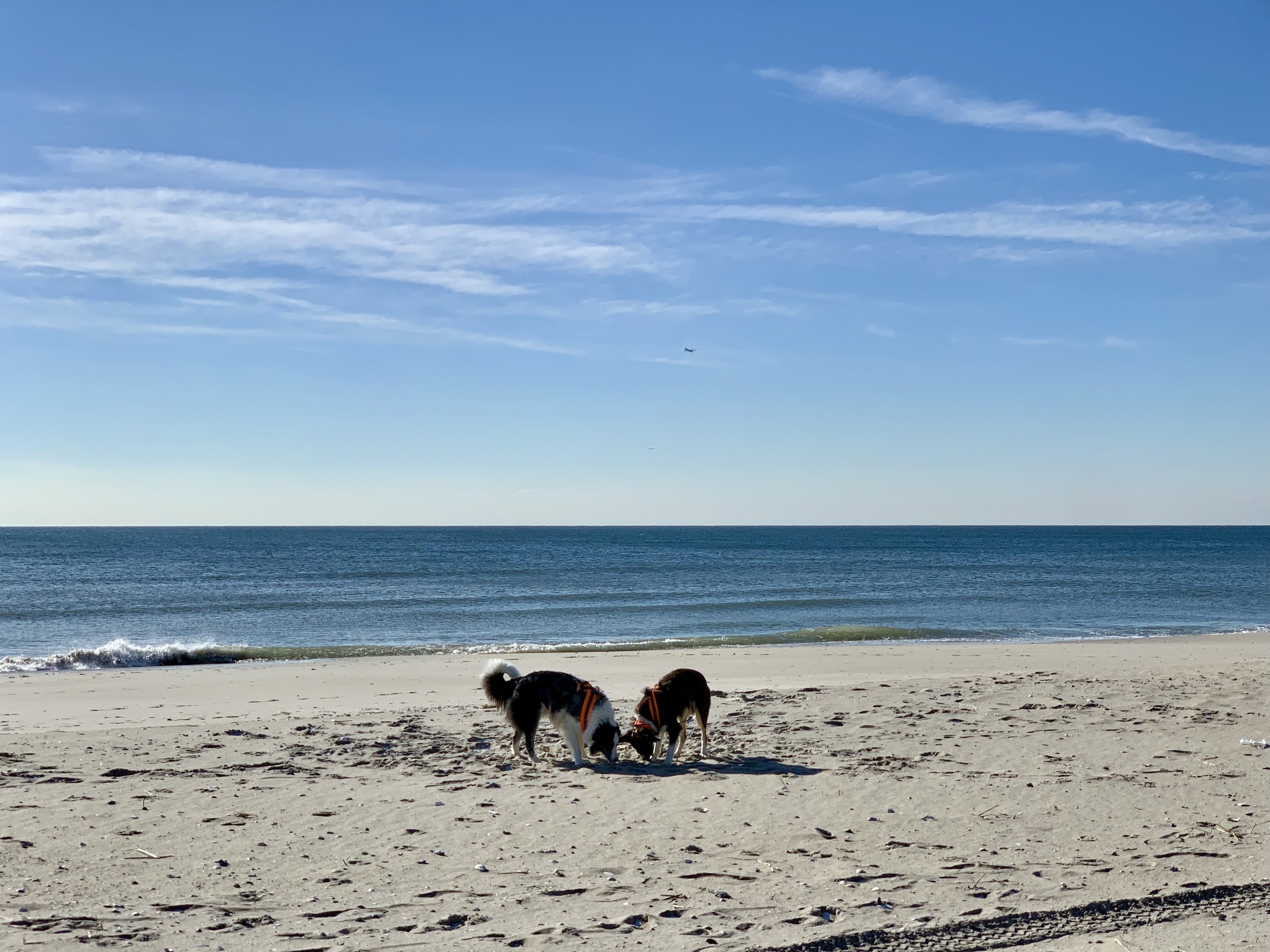 Sniffing is good for the soul