My dog reacted to something (and it’s fine)

Posted on: April 2, 2019
Written by bronaghdaly

As much as I once thought I would like to be, I am not superwoman. For a time, as much as I would have liked to have been able to see every possible trigger and protected my dog from it, I could not. And yet, many months ago, someone told me that I should and as a result, I tried. And it wasn’t great.

I was giving myself my very own anxiety disorder. I was hyper-vigilant and attempted to protect Oz from EVERYTHING. And kicked myself when I couldn’t.

It wasn’t productive. And really, it wasn’t helpful for either of us. So, eventually, we sought out other help. And I stopped. I slowly accepted I wasn’t superwoman and I never would be.

As a brilliant someone recently said to me, “you have permission to be human now, and that is actually the best thing if you are.” So if you’re in that superwoman stage, give yourself that permission. Allow yourself to be human, make mistakes, assume that things will be okay. And more importantly, don’t predict that it won’t be. Let your dog tell you when it’s not.

Whenever I go out, I still have to remind myself this. I have to work hard at not feeling bad if something startles my dog. I have to remember to take a breath if he reacts to something, soothe him, and take him back to the car or the house for a break if I can. Then take another breath, and maybe try again.

I did exactly this the other night.

Oz had been in the car for much of the afternoon, so even though it was almost dark, we were going out for a leash walk around our lake. Historically, he is most nervous in dim or negligible light. On off-season, the lake roads can also be quite empty, so when we bump into a dog after absolutely seeing nothing for much of the walk, this can sometimes be a challenge. So, as soon as we left our gate, Oz spotted a dog maybe 200 yards from us staring at us around the road. He immediately went into a fit of barking, so I asked him to turn around and back into the yard we went. He was already more relaxed in the yard, but the car was right there, so I asked him to hop up in his car crate and let him reset for a minute.

The old me would’ve decided not to go for the walk. Or would’ve tried to shield him from the dog the entire time.

Instead, I decided to follow the dog, assuming that at some point it would probably turn around and head back towards us. And as we walked down the road, sure enough it did. Oz’s big brother was being walked in front of him, but Oz still spotted the dog as it was coming towards us on the other side of the road. However, I could see him decide to go back to sniffing instead. When the dog was almost across from us, Oz lifted his head and checked out the dog, tail a little higher than before, as I told the man what a cute pup he had. Oz pretty calmly kept walking with me and after they passed, asked if we could cross behind the dog and sniff its tail winds. We did and Oz sniffed for a second, then we went on our merry way. I was a human and let Oz just be a dog.

And this may not have looked huge to the man we passed, but as Oz ate a treat scatter from the ground, I quietly celebrated inside. I was proud of Oz for his choices and I was proud of myself for allowing him to choose. Most importantly, though, I was proud of me for doing nothing more than being human. And allowing Oz to tell me it was fine. Tell me that walking by that dog in dim light was okay with him. I let him tell me that he could handle it, instead of just deciding that it wasn’t worth the risk to see if he could.

And the more I have done this, the more he’s said he’s fine. That these days, he can handle more than I’d been giving him credit for. And each time, it pays off.

Yes, he did still react initially, but there are a million things that could’ve caused it. And instead of dwelling on those, instead of kicking myself for not seeing the dog first and controlling the situation. I was human. Oz was canine. And we were both much better for it. 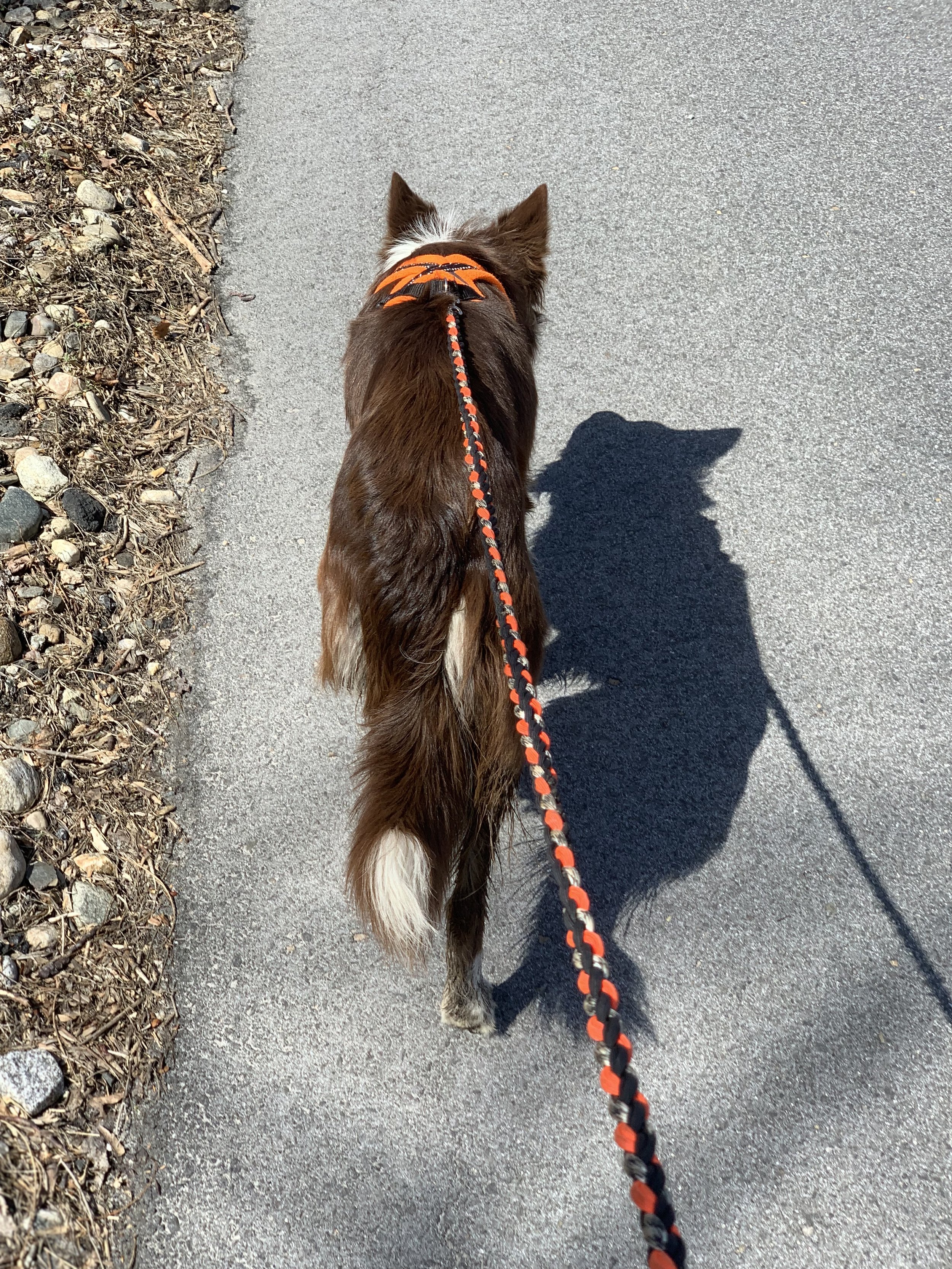 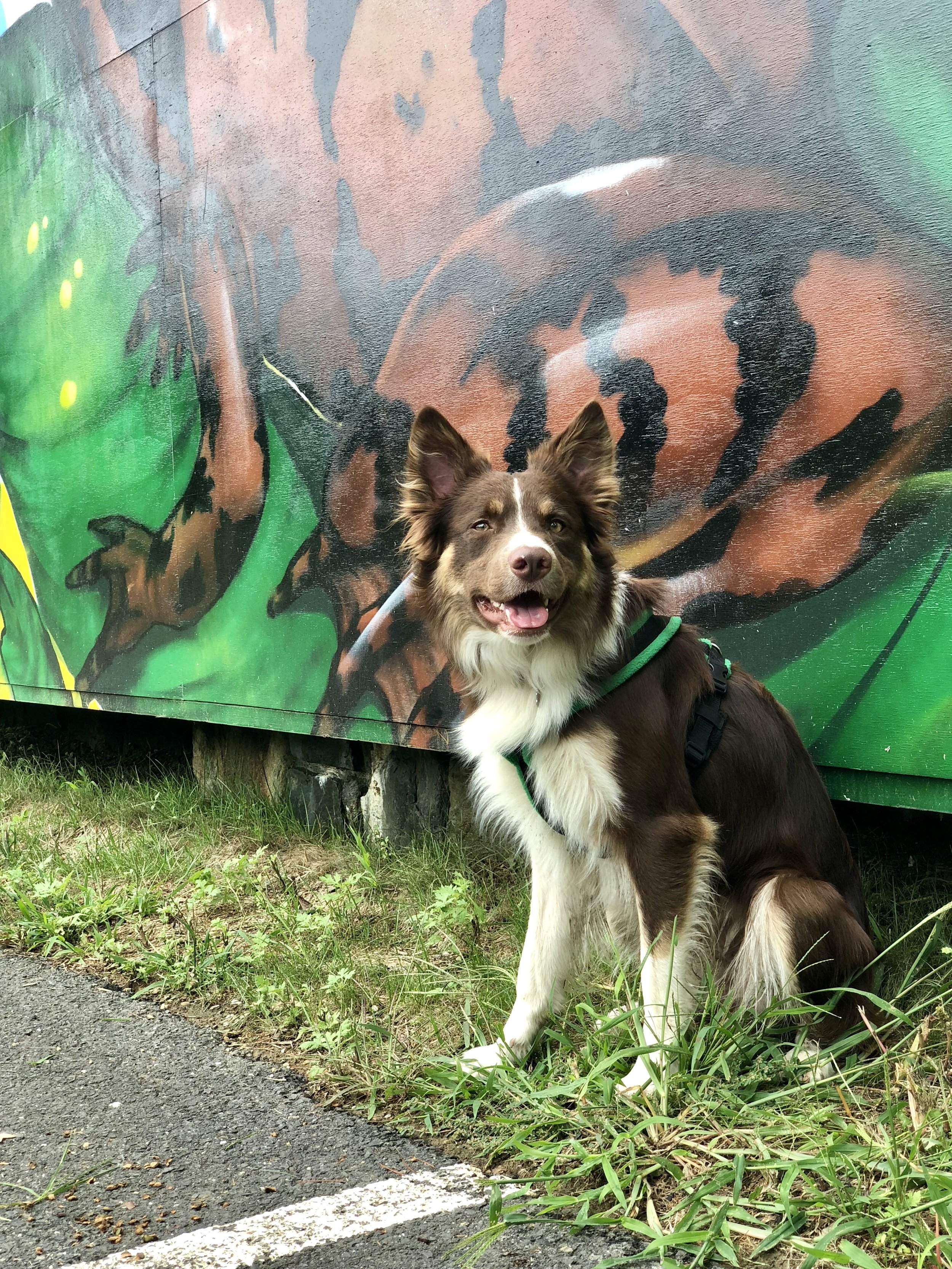